skip to main | skip to sidebar

Revisiting Sketches of Spain and Other Orchestral Works: Steve Richman 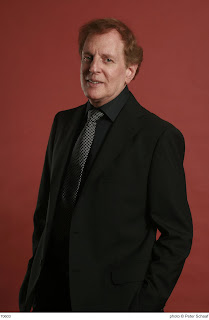 Since the earliest part of its history, there have been fusions of jazz with elements of classical music. Among them are Rhapsody in Blue performed by the Paul Whiteman Orchestra, Ellington's suites and the Third Stream works of Gunther Schuller. One of the most beloved examples, however, is "Sketches of Spain", which was originally performed by Miles Davis with an orchestra and arrangements by Gil Evans. A new version of this masterpiece has recently been recorded with Lew Soloff doing the trumpet parts. The orchestra is conducted by Steve Richman, who is equally adept at straight classical as well as symphonic jazz. He agreed to discuss his career as well as his current projects. My questions have been tweaked to reflect the wide spectrum of his musical endeavors.


1. What made you decide on a career in music?

Well, for starters, I didn’t choose music, music chose me. My parents wanted me to play something unusual, and they had two musician friends, one a bassoonist in the Met Opera, the other a French horn player. I chose the latter since braces on my teeth were slightly less painful to play with. And I was attracted to the beautiful and heroic sound. My father used to listen to light classical music on the weekends, Gilbert and Sullivan, Overtures, etc. But I was crazy about early rock n’ roll. At some point I began to get interested in classical music, and the sensation I remember is that it was already there in me. After university, where I got a degree in English, I went to Manhattan School of Music, doing a Master’s in French horn and conducting. I played in an orchestra in Carnegie Hall for 20 years, but gave it up to pursue my real goal, that of conducting. Some people go to Plan B. I went to Plan A. So in 1979 I founded Harmonie Ensemble New York, which I conduct, made up of the top classical, commercial, and more recently, jazz players in New York. We do symphonic jazz, symphony orchestra, chamber orchestra, chamber music and whatever strikes me as interesting, which is plenty.


2. Before moving on to the project we'll be discussing soon, you worked on quite a few others, including ones purely classical, as well as ones more pop/jazz oriented. Can you discuss a few of these?

I’ve done a very wide variety of repertoire. Among many others, I did a Stravinsky CD which received a Grammy Award nomination. I also worked on a decade-long Dvořák Project, doing benefit concerts to put up a statue of Dvořák in Stuyvesant Square Park, New York City, across the street from where the great Czech composer lived in the 1890’s and composed the famous “New World” Symphony, among other masterpieces. But beginning in the late ‘80s, I began a series of Gershwin concerts at Lincoln Center doing Gershwin’s original orchestrations. All of his works were meddled with after his death, you never hear what Gershwin really wrote in his orchestral music. I did a CD which was released in 2010 called Gershwin by Grofé on the Harmonia Mundi label, which includes the original “jazz band” version of the Rhapsody in Blue as well as some “symphonic jazz” arrangements of Gershwin tunes by Ferde Grofé for the Paul Whiteman Orchestra,. The unbelievable clarinet/sax soloist was 93-year old Al Gallodoro, who had been soloist with the Paul Whiteman Orchestra for 30 years! Jimmy Dorsey called him “the best saxophone player whoever lived.” It was a fantastic experience working with Al. The cd was reviewed by dozens of international publications as the Classical CD of the Year. Just previous to the Gershwin CD, I had done another with a similar title, except it was Grofé and Gershwin Symphonic Jazz on Bridge Records. It included the original Paul Whiteman Orchestra versions of Grofé’s Grand Canyon Suite and Mississippi Suite, as well as a piece Grofé wrote for Al Gallodoro called “Gallodoro’s Serenade” for Alto Sax and Piano, which Al recorded for us when he was 92! Most recently I made yet another departure, when we performed Henry Mancini’s original jazz band version of his music to the ‘50s TV show Peter Gunn, which was a heck of a lot of fun. The musicians loved it (as did the audience) and the solos were fantastic. We might record it in the near future.


3. Let's next discuss your current CD project: "Sketches of Spain". What made you decide to record a new version?

When I was a kid, a close family friend (I actually called him ‘uncle”) who was the top commercial trumpet player in New York, Bernie Glow, played on the original 1959-60 LP recording of the Gil Evans/Miles Davis Sketches of Spain. So I literally grew up with the record. It’s always been one of my favorites. Since we developed a relationship with St. Peter’s (“The Jazz Church”) a few years ago, I’ve been going in a gradually jazzier direction. I thought performing and recording Sketches would be a dream project, and a continuation and expansion of my symphonic jazz explorations. I contacted Anita Evans, Gil Evans’s widow, and asked for recommendations for a trumpet soloist, and she mentioned Lew Soloff, a name well-known to me and many others. Lew had played with Blood, Sweat and Tears, and played with Miles and was soloist in the Gil Evans Orchestra, so I thought he was the perfect guy for the job. We hit it off immediately, and have since become good friends. It was a terrific collaboration and an honor to do the first recording of Sketches of Spain since the original, 50 years before. I was amazed at how popular the original record was, since I was contacting friends and colleagues, both classical and jazz, around the world about the concert. One classical pianist in Prague told me it was his favorite record! Anyway, it was a fantastic experience working with Lew and the great jazz and commercial musicians. And as I said in the liners, we tried to bring something of ourselves to this very special masterpiece, while retaining the unique quality of Gil Evans’ and Miles Davis’ music. The cd came out in late 2010 on the Sheffield Lab label, and has received great press.


4. You have Lew Soloff doing the trumpet parts. What made you decide to choose him?

As I mentioned, Anita Evans, Gil Evans’s widow, recommended Lew highly. Lew brings a very special something to Sketches. We were surprised to find out in the original music, which we used, that much of the trumpet solos were actually written out, though they sound improvised. Gil knew Miles so well, and he was able to amalgamate the classical sources of the Rodrigo Guitar Concierto de Aranjuez, de Falla’s El Amor Brujo, and 3 flamenco ones as well. The combination is magical.


5. Were there any challenges in regards to working with the Gil Evans arrangements?

Gil Evans wrote a unique composition based on Spanish classical and flamenco sources. His orchestration, for a 19 piece band and trumpet solo, is special, and in a category all its own. Gil, like many other jazz musicians, was influenced by 20th century classical music by Stravinsky, Ravel, Debussy, etc.. And vice versa. It was a thrill to work with Gil’s arrangements, since they create such a singular sound world, so evocative of the melancholy, passionate sound of Spanish music. As I mentioned, Gil wrote out many of the solos for Miles; Lew stuck to some of that, but also did many of his own improvisations, so I think we re-created a masterpiece, with our own special stamp on it, while keeping the spirit of the original, which was our goal.


6. Can you speak a bit about the other musicians you worked with here and any interesting stories about the actual recording, engineering, etc.?

Lew basically put the band together, though we used a few of the reed, percussion and brass players that I had worked with. They were all outstanding, but a few merit special mention. Bassist Francois Moutin, who works a lot with Lew, is a fantastic player, doing things I’ve never heard anyone else do; it really added another dimension to the recording. Our trumpet section was fantastic, including Dominic Derasse and Joe Giorgianni, and RJ Kelley leading the French horns. Jimmy Musto did a fine job on drums, and reedman Ron Jannelli played some great bassoon solos. Our engineer/producer, the multi-Grammy winning Adam Abeshouse, with whom I’ve collaborated on several varied recordings, did a great job. He was so excited about the historic project, he invited his family to the sessions. And 90-years young George Avakian, legendary Columbia Records producer, who signed Miles in 1955, attended as well, which was a thrill and an honor. He told me he thought our band sounded better than the original, but I’m not sure that’s for publication. By the way, Lew lost his mouthpiece bag before the sessions, but I think it was a blessing in disguise, since he used one that gave him a richer, deeper sonority perfect for the piece.


7. Do you have any new projects in the works?

Last September (2010) we did a concert called “Ellington Does the Classics” at St. Peter’s, including the Ellington/Strayhorn jazz version of the Tchaikovsky Nutcracker Suite, and Grieg’s Peer Gynt Suite. Both are fantastic; we recorded the Nutcracker and I plan to combine it with the original Tchaikovsky Nutcracker so the classical and jazz versions will be on the same cd, something I think nobody’s ever done before. I’m very excited about it. At the concert, we also did “Take the A Train”, something I never dreamed I’d conduct! What a blast. And the musicians had a great time too. There were a number of stars playing, including Lew Tabackin on tenor sax, George Cables, piano, and Victor Lewis, drums. You can hear the tremendous energy and enthusiasm on the recording coming through loud and clear. By the way, there’s an interesting coincidental tie-in on my last few projects. Dvořák taught the future teachers of Copland, Gershwin, and Ellington, which happen to be the last three composers I recorded!


For more information about Steve Richman and his fine musical organization, Harmonie Ensemble New York, please check out the following website: http://www.harmonieensembleny.com/.
Posted by Cha Cha at 9:30 AM